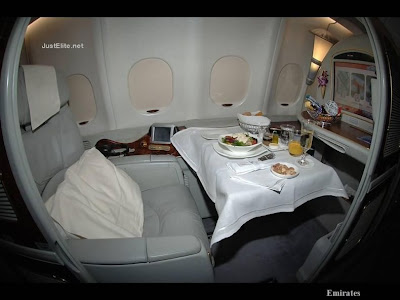 As we embark into the next decade of the 21st century, I thought it would be quite apt to have a nostalgic look back at the past 10 years and the wonders of technology that came with them and compile a handy list with what I deem as the top ten gadgets of the decade!
1. iPod (2001)- Who could forget the launch of the brand new Apple iPod? Soon enough we started to see them everywhere; they became the ultimate object of desire, and in some cases still are. With its constant reinventions, it seems hard to imagine ever getting bored of the iPod and all its successors. It essentially changed the way we listened to music.
2. Nintendo Wii (2006)- The Wii shone a whole new light on the “laziness” stigma that came with playing video games. As anyone who has played the infamous ‘Wii Sports’ could tell you, it is certainly more tiring then you’d expect! On the day of its launch, distributors ran out of stock in seconds and wholesalers had back orders for weeks! As the first of its kind, it’s clear to see how the Wii became so popular so fast.
3. iPhone (2007)- It was (and still is) a mobile phone like no other. The iPhone burst onto the scene in early 2007 and quite frankly, after just a few years it’s hard to imagine the world without it! With its capacitative touch screen and endless accessories and apps available, the iPhone has successfully become more than just a phone.
4. Kindle (2007) – Perhaps quite the controversial little gadget, the Kindle sparked many debates over whether or not the book itself was dying out; but this certainly didn’t damper sales for the Kindle as, during the launch of the First Generation Kindle in 2007, distributor’s claim it was completely sold out after five and a half hours! With its specially designed screen that reads like real paper, allowing you to easily read it in bright sunlight and its ability to hold just about 3,500 books all in a small 1/3 of an inch thick tablet; its hard to see what people were so against.
5. USB Flash Drive (2000) – or as its sometimes affectionately known, a thumb-drive (as it’s essentially the same size), has well and truly replaced and superseded the ridiculously outdated floppy disk of the 90’s. Its ability to hold anything up to a whopping 1000GB essentially means you can carry your whole life in your pocket! With the multiple different designs and cases they come in, USB’s have become quite the accessory in themselves! The USB Flash Drive has changed the way we interact with files, and due to this, and its sheer usefulness in day-today life it has to be counted as one of the top gadgets from the past decade.
6. Blackberry (2002) – These relatively small handheld smart phones, which were originally the gadget of choice for businessmen and jetsetters, let users send and receive e-mails, easily access the Internet, take pictures, make phone calls, text, BBM and much could forget when President Obama insisted on keeping his Blackberry when he moved into the Whitehouse? It must be so addictive for a reason! Today, with their prices continually dropping, they are simply becoming more and more popular.
7. GPS Device (2004) -Long gone are the days of carrying around massive map books that are hard to understand let alone get directions from! Thank god for the introduction of the touch screen GPS device in 2004, which has in turn made many a holiday all the more stress-free.
8. Digital Cameras -Who really prefers the hassle of the disposable or the film camera, where you can’t review your photos straight after taking them? The digital camera has successfully found its way into the hands of millions of people from all walks of life and for good reason too! The digital camera allows us to instantly view and edit the photos we’ve just taken as apposed to waiting around a few days for them to get developed; this instant satisfaction is something that has become crucial to us in this day and age.
9. Ipad (2010) -It has become known as the ‘King of Tablets’ and with its beautiful simplistic design it may not have been the first touch screen tablet ever, but it’s certainly the most popular. With Startup Business Plan Pdf the addition of an ever-growing selection of apps to choose from, and more and more ways to personalize it with covers and cases, there really is no limitation to the iPad and what it can offer you.
10. 3D HDTV -With what can potentially be seen as one of the more recent additions to the list, 3D HDTV’s are slowly becoming more common in the household; and with Phillips models that don’t even require wearing those annoying glasses to enjoy the Keys To A Successful Business wonders of 3D; there’s no reason why we should stick with 2D televisions anymore! It has already appeared to be creating quite a buzz in countries like the US, UK and Hong Kong; but whether it is just a fad is something that only time will tell.
Whether or not you agree with my selection is up to you, but I believe these gadgets are here for the long haul and it will be quite a while before we see anything that is truly able to compete with the likes of an iPod or GPS device.

READ  For The Record, I'm Not Anti Corporation